Last year we revised the workflow to insert special characters. Based on a design proposal the dialog was reimplemented in a Google Summer of Code project by Akshay Deep. The new dialog allows to easily browse through the list and to search for glyphs contained in the selected font. It also introduced Favorites (a user collection of glyphs that are used frequently) and a list of Recently Used glyphs. But some pieces got more or less intentionally lost and some parts of the redesign might have room for improvements. So here is an idea for the final touch.

The first issue is about localization. While we tried to make the default list of Favorites as usable as possible for everyone it has a bit of western focus with €¥£©ΣΩ≤≥∞π†‡. That brings us to the first two new requirements:

(Eve and Benjamin are our prototypical users, called Persona)

There is no objection to have Favorites defined by the localization teams, which means you get a default set depending on the installed language. But we controversially discussed the second part to have more items. Problem here is that many items clutter the UI, and 16 is enough for most users. So if that is going to be implemented it has to be an option.

The Unicode standard groups glyphs in blocks (or subsets). We provide access to these subsets via the dropdown but don’t show where it starts and end. 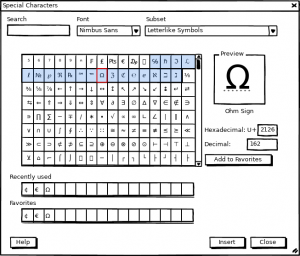 Figure 1: Highlighting of glyphs from the chosen subset and of Favorites.

The proposal is to highlight the subset (the light blue in figure 1) and independently also the Favorites (red frame).

The reason to understand the list is that a font not necessarily contains all glyphs. And if you know the code point within the unicode list it’s hard to detect it. The continuous list doesn’t allow to label columns and rows as known from specialized tool such as BabelMap. 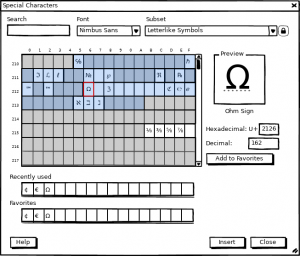 Figure 2 shows a solution where a small icon (e.g. a lock on/off) toggles the view. After switching on, the column and row headers are shown and allow to read code points over the whole table. And since empty code points needs to be shown too, but as disabled entries, the coverage of the selected font becomes clear.

Another requests is to search for a glyph by the code point. For example, you know U+1D538 but don’t remember the glyph’s name (mathematical double-struck capital A) or just write it wrongly without the dash, and want to search for the font that contains this glyph, which is not possible yet.

The idea is to adopt the lock icon from above and keep the hexadecimal value constant when changing the font name (it’s shown in Figure 3 below). For convenience the “lock” could be opened automatically when the search term changes.

In the previous dialog we had a small text field where double-clicked glyphs ended up, and the full string was inserted into the document on insert. This buffer is not only a kind of convenience feature it also allows to combine more than one glyph into the actual character. 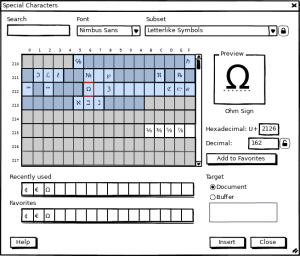 The solution spoils the clean dialog a bit but provides more flexibility: A radio button allows to send the double-clicked glyphs directly into the document (the current status) or into a buffer, and this content goes finally into the document per Insert.

Last but not least we had two ideas that were not implemented but sound like cool enhancements.

The baseline is shown in all documents but if character recognition becomes real (an example how it works can be found at http://shapecatcher.com/ and some ideas to implement it are in the ticket) we need access to it in the UI. Perhaps per switch on the preview? Tell us your ideas.

And please join the discussion if any of those changes make sense to you. We need expertise from people who stress the special character dialog and benefit from those envisioned modifications.