The LibreOffice community regularly publishes new releases, and the latest version, 6.1, is released in August 2018. The design team worked hard to make this release as shiny as it deserves; here’s what we did.

LibreOffice ships some images by default to fill the background of shapes. Those are accessed via Sidebar > Gallery or when you change the area properties under Bitmap. We felt that those images were outdated and replaced many of them. 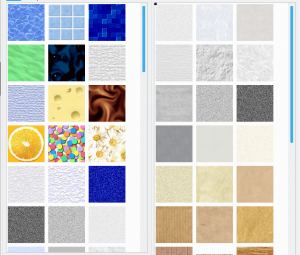 Users who need the legacy images, for example in documents that just link them, can install the extension from https://extensions.libreoffice.org/extensions/legacy-gallery-backgrounds.

Although we introduced a new standard palette in version 6.0, not all users were happy with it. It started with the discussion whether Violet and Purple are appropriate terms, but we quickly realized that pure colors such as red (#FF0000) were missing. The new palette starts with the primary colors red, yellow, and blue (RYB) and has secondary / tertiary colors in between. The brightness is then reduced systematically based on established models.

And when default colors change we would potentially end up with hex values on the gradients if #76AB08, for example, is not assigned to a name any more. Furthermore, we had the impression that gradients haven’t been done with much love in the past. The new collection puts more focus on pastel tones and the various features as you easily can add your own gradients. 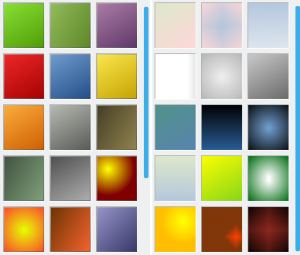 Shapes can have a style in Draw but the predefined options weren’t really useful. So we introduced some new styles and removed the not so relevant ones. 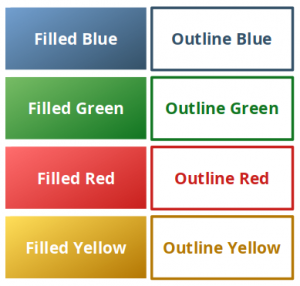 Several changes have been made regarding the shipped icon themes (being announced in the main blog post). The themes HiContrast, Industrial, and Oxygen don’t contain SVG variants of the icons and have no active maintainer and were removed. Newly introduced was Karasa Jaga as n alternative to Oxygen, and Colibre, which aims to fit into Windows 10 look and feel. Those who mourn about the old themes may download it from our extensions site where they have been laid to rest.

Last but not least, the app icons were refurbished to accommodate the zeitgeisty flat appearance and to comply with the predefined branding colors.

Although much work has been done, the Notebookbar is still in experimental status as we not want to fully release it before we are completely satisfied with its quality and level of polishing.

For the release 6.1, the Tabbed variant received a lot of improvements in particular; it takes now less precious vertical space by using only two instead of three rows, all buttons have icons, and the arrangement of functions were reworked. And of course many bugs have been fixed too.

We appreciate your feedback and suggestions about the Notebookbar variants; to enable it, check experimental features in Tools > Options > Advanced.

Numerous bugs have been fixed and new features and options were introduced to support the workflow, To randomly pick a few:

Have a look at our release notes to find your favorite new features.

Numerous volunteers were involved in this work, thanks a lot to everyone. And you can contribute too for the next release! Check our Get Involved site.