Unused features blur the focus of LibreOffice, and maintaining legacy capabilities is difficult and error-prone. The engineering steering committee (ESC) collected some ideas of what features could be flagged as deprecated in the next release – 5.4 – with the plan to remove them later. However, without any good information on what is being used in the wild the decision is very hard. So we run a survey in the last week to get insights into what features are being used.

The survey was designed based on well-defined questions, with simple yes/no answers, to make it clear which of the rare features are under close scrutiny. For instance, Macromedia Flash is well known in general but most users may be surprised by the corresponding export filter in LibreOffice and do not have an idea how to start it. Here are the questions:

We also added a few distractor questions of features that should be used more often (Navigator) or are of interest (Bibliography) to conceal the expected No to all questions above.

The order of the questions was randomized. 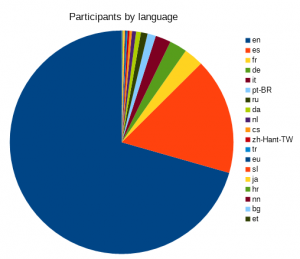 As of today we have received 10,449 replies in total with about 1/3 of no answers, i.e. people who just take a look at the survey and closed it directly.

Thanks to the awesome localization team we were able to run the survey in various languages. Without a big surprise English was the most relevant language followed by Spanish, French, German, Italian, etc.

The survey consisted of simple Yes/No questions with the expectation of a very low number of “Yes, I have used this feature in the last year” except for the distractor questions. The result in figure 2 reveals another picture. 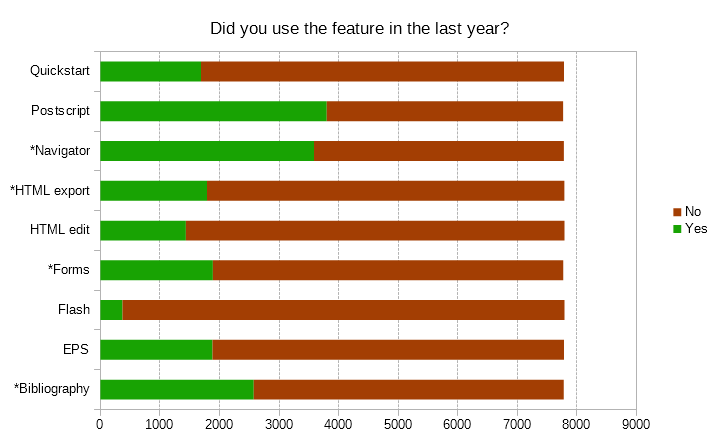 Figure 2: Results from the survey (raw data can be downloaded).

The hypothesis was that most users do not use the features, except the distractor items. But the result baffles us. In average 25% report using legacy functions. Really surprising is that almost 50% do actively switch off to the options ‘PDF printing’ in order to get Postscript. Given that we do not only address Linux users, it would also include a large number of Windows and macOS users where Postscript is completely irrelevant (and therefore a No was expected). As a simple validation, all participants were filtered out who answered solely with No or Yes. But the pattern remains as it is, meaning the answers were deliberately done. Another surprisingly often-used feature is HTML editing started via ‘New: HTML document’. It’s hard to imagine that someone edits HTML directly nowadays (there was another question about export as HTML, which was never subjected as deprecated).

We have two different interpretations of the result. First, the target group of surveys like this might be heavily biased due to the platform where it is announced (Planet LibreOffice, OMG! Ubuntu, Phoronix etc.) not only because of the focus on Linux, but also because people who read those news sites might be more expert than the average user. Alternatively, participants may have just glanced over the questions and answered Yes to Postscript, for instance, as a known thing, not taking into account that PDF printing is the default since a couple of years.

Putting all together we decided to not flag any of these functions as deprecated yet. That’s definitely not good since it costs maintenance effort and reduces stability. Too many unused features have also a negative impact on usability. Another learning is that we need to get real user data, like requested in the tender some years ago.

Nonetheless, the data from this survey gives us some overall impressions and can help us to create further surveys in the future. What do you think about the results?