With the latest update of color palettes announced in New Color Palettes in LibreOffice, we also introduced a new standard palette that had room for improvements. Users complained about supersaturated colors, insufficient differences, and missing bright colors. So we asked for input on the design mailing list, and received three new palettes, which are shown below.

We ran a survey with the three palettes shown in figure 1 and received 488 votes, with almost a 50/50 split for variants 2 and 3. People obviously appreciate the better organized layouts. 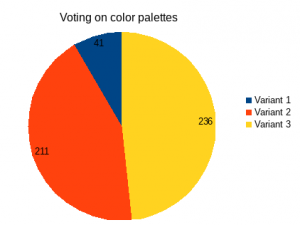 Figure 2: Results from the survey (raw data are available here).

Users were also given the chance to comment on their choices, which revealed interesting insights. First of all it, was suggested to not have fully saturated colors on top in order to foster good design with less strong colors. However, others recommended to go with exactly this layout. Well defined pastel colors were requested as well as dark variants and from the comments it was clear that a good organization of colors is wanted.

We decided to go with variant 3, which is based on the RYB color model. Some small changes were applied to realized user requests.

The palette starts with a black to white row, followed by the base RYB colors row – yellow, gold, orange, brick, red, violet, purple, indigo, blue, teal, green, and lime. After that, there are four rows with brighter colors and then four rows of darker variants.

Having the full-saturated base colors at the top or middle of the palette was debated, and retaining them at the top was preferred, as it is the same with most competitors.

Since this new standard palette as well as the tonal palette have 10 rows, we increased the number of visible rows shown in the color picker from being dependant on the system theme to always show 10. The final layout from figure 3 will be available in the next version 5.4.

Figure 3: The evolution of the standard color palette – from the past, at release 5.3, and how it will look like in the future.

Many thanks to Thibaut Brandscheid and Yousuf Phillips for the contributions.