In the first part of the survey results analysis, we showed how people use LibreOffice Draw. Those questions were of quantitative nature with an exact answer that easily can be summed up and averaged. In this second part, we are dealing with open ended answers that are more challenging in their evaluation. The Thematic Content Analysis was done manually because not all participants were native speakers. Answers were read and categorized (which is to some extent a subjective task) in order to get summarizing insights. While the total number of responses might be of less relevance compared to closed questions, it is still an indicator of how people think. But single answers count as well if it adds another aspect.

The response to the questions “For what purpose do you use LibreOffice Draw?” and “What do you expect from LibreOffice Draw in the future? Where would you like to see improvements?” are reported together below. The total number of valid responses were 927 and 746 respectively.

When asked about the purpose for which they use LibreOffice Draw, most people have the terms “schema” or “diagram” in mind (45%). Those diagrams are typically UML-based to illustrate software architecture (10%) or flowcharts in general (10%). The program is also used to draw BPMN processes, mind-maps, and genograms. Technical documentation (2.5%) as well as education and teaching (1.5%) are also stated as areas of use. 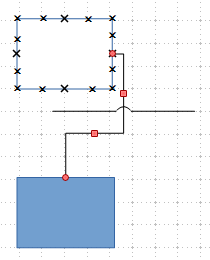 When asked how Draw should be improved, the importance of block diagrams was confirmed by references to competitor software. Mostly Microsoft Visio (15%) and Microsoft Office (5%) are taken as examples; but also yEd, Dia, draw.io, and Lucidchart are typical for creating block diagrams.

Improvements to the connectors (10%) are requested most often. In particular, the glue points should be more flexible, better handling of curved connector lines is required, the connectors should be able to hold a textual caption, indicators for crossing but not intersecting lines (small arc or gap) would be useful, and better defaults to easily discriminate connectors from simple lines. Standardization towards IDEF0 and the ability to draw DRAKON-like diagrams would be highly appreciated.

While block diagrams are usually simple drawings that are defined by standardization and restrictions, vector graphics are often more complex drawings that contain a wider range of symbols and features. 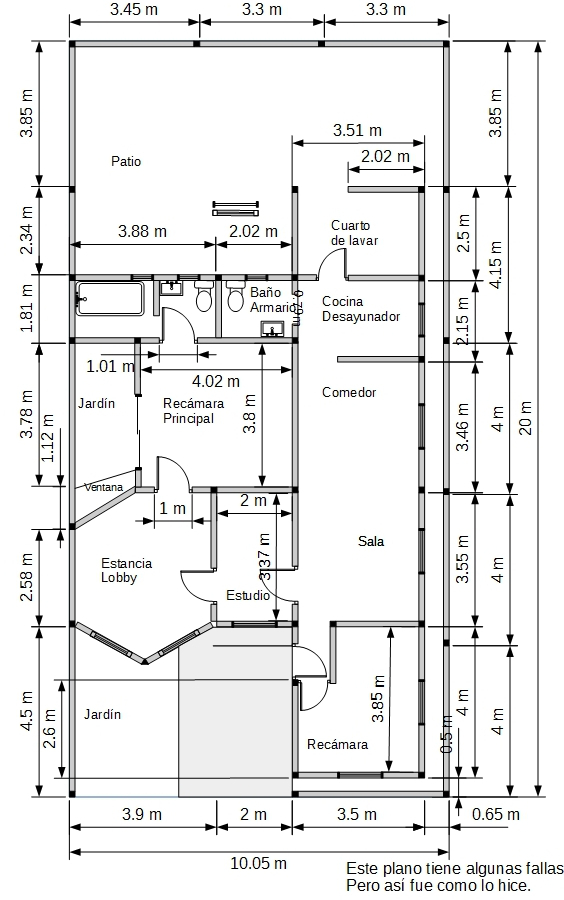 Figure 2: Example for advanced vector graphics with LibreOffice Draw. Picture taken from this blog with kindly permission of Roberto González.

For instance, types of block diagram are drawings of network topology (8%) and electrical circuits (2%). Draw is also utilized for architectural tasks like floor plans, furniture placement and garden planning (2%), or as tool for technical drawing. Draw is even used to quickly scribble UI mockups.

People compare the vector drawing capabilities with Xara Designer, AutoCAD, Corel Draw, Pencil, and Inkscape. Some want LibreOffice to more or less fork Inkscape; others like to have the two programs separated clearly.

The most appreciated improvement would be the enhancement of the shapes library (8%), eg with symbols for network topology from Cisco (respectively the GPL licensed versions). If Draw should become a better tool to create mockups a comprehensive set of UI elements is necessary.

There are some issues preventing efficient usage. Layer management has room for improvements (4%) regarding identification, selection, and modification. The object placement is not accurate enough (4%), lacks good snapping features, and users miss an adequate helper grid.

While there is not much interest in 3D objects, and only 1% want to see improvements like extrusion, those features could add 3D modeling to the list of functions, making Draw a competitor to Blender or Wings3D.

Another really interesting idea is to implement (scalable) geographic maps. Together with algorithmic highlighting it could be used to show data per country, for instance.

As reported in the first part of the results, a good number of participants use LibreOffice Draw for larger outputs, which makes perfect sense since it can be used to create A0 posters (2%), for instance. Participants also use Draw to lay out business cards, flyers, and banners (3%). 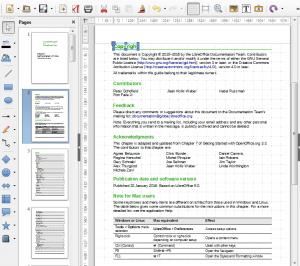 One of the killer features available in Draw, although not widely known, is the ability to edit PDF documents (10%). And there are some participants who use Draw to create “mathematical constructions”. When all of these use cases are put together, the program is a good desktop publishing (DTP) application.

Some ideas for the future of LibreOffice Draw refer to improvements to text boxes, with LaTeX, Microsoft Publisher, and Scribus as referenced examples. Automatic text wrapping, curved outlines, text to path, tables, etc. would enhance its DTP capabilities. Improvements for PDF editing is requested (6%), primarily regarding speed and accuracy, but also with ideas to allow filling PDF forms. 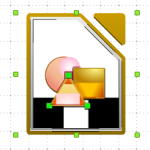 The least elaborated functionality of LibreOffice Draw is about drawing in the narrow sense of pixel manipulation. Alternative tools like Adobe Illustrator, Macromedia FreeHand and Sketch are also based on vector graphics but have more brushes and effects. Options to influence contrast, brightness, and coloring are requested. And blurred shadows would be nice for all types of shapes.

Furthermore, Draw may be used to design icons (like with Inkscape) with some but not too extensive changes.

Although many highly specialized and well known programs are discussed as the prototype to improve the user interface (UI), the most interesting aspect of LibreOffice Draw seems to be simplicity. The term “simple” is used in 10% of the answers regarding the purpose.

When asked about future improvements, around 7% of replies were happy with the functional scope.

“I’m really satisfied with feature set. And I really really love this software. It’s easy to use, easy to understand, easy to explain, easy to “oh-where-is-that-feature”. Everything is convenient and in the right place.”

Where people report not using Draw, it is because of insufficient CMYK support, missing features, and because image handling is buggy. Bug fixing is expected by 10%, basically in respect to better performance. Improvements for the import from and export to other formats is expected by 13%.

Progress regarding the UI, workflow, and design is also highly anticipated by 12%. This includes many small scale changes, like making a user selection persistent (for example, the background color is instantaneously reverted to the default), better utilization of the sidebar, improved zooming functionality, support for all style functionalities as used in Writer, better font handling, and so on.

Also suggested were: a function to measure distances; scripting options in order to control the program from the command line; and the introduction of self-made templates. Depending on the particular use case it might be beneficial to go into detail.

The most impressive result is how flexibly LibreOffice Draw is being utilized. It’s used not only for drawing simple shapes or flowcharts, but also for high-end vector graphics in the architectural field, electrical circuit drafts, and UI mockup sketches. Furthermore, Draw has the capability to edit PDF files, which is highly acknowledged as a DTP feature along with the option to arrange text and pictures on order to create, for instance, A0 posters. Many people do not know about all the features, which brings us to another point that was requested: documentation.

Draw is a tool for not only one purpose but many different use-cases. Let’s make it truly a many-faced god.